Azure, a cross of Saint-Andrew Or and in chief 1 sun in splendor of the same. Crest: a naissant lion Or. 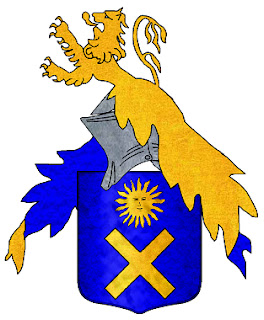 Etienne of ABOVILLE, native of Gonneville, manservant of Madam regent, confirmation of nobility in 1732

Vert a house Argent masoned Sable charged of 2 pommels Argent, the shield surmounted of an helm adorned of its wreath and lambrequins with metals and colors of the shield. (I drew a blazon slightly different from description because found in another armorial) 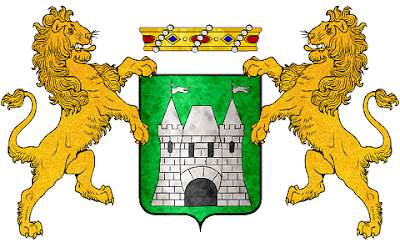 Etienne-Charles ABRAM de ZINCOURT, native of Mirecourt, lawyer to the Council of State and the Sovereign Court, ennobled on May 5th, 1710.

Bendy Argent and Gules of 6 parts, with the chief Azure charged of 3 bees Or put in row. Crest: a bee of the shield. 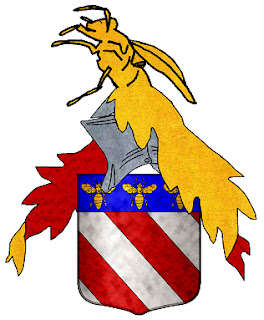 Jacques of ACHER, ennobled by Charles IV in 1663

Azure, with an arm in armor Argent  holding one mace Or, moving sinistral side of the shield, with the chief Or charged of an eagle naissant Gules, the whole surmounted of one helm, armed of its wreath and its lambrequin to metals and colors of the shield. 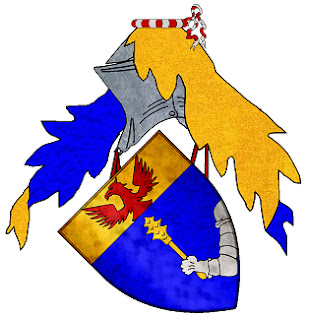 Arnould-François d'ADAM, lawyer at the Court, controller in the provosty and gruery of Saint-Michiel, ennobled on February 22nd, 1706 with permission to wear the arms of its great-grandfather Nicolas GELEE. 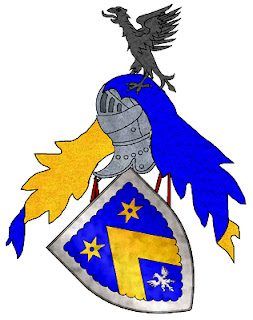