DECORATIONS : HANOVER - THE WAR MEDAL FOR THE VOLUNTEERS

War Medal for the Volunteers in the Hanoverian Army in the year 1813. 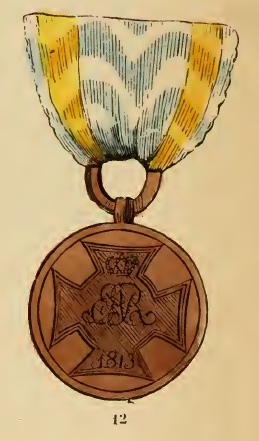 The medal is worn by the still serving military of that period on the left breast, suspended by a white ribbon, with two yellow stripes, and by civihans, i.e., by those who have retired into civil life, at the button-hole.