Arms. Azure, on a fesse or, in chief an anvil of the last encircled by two branches of the cotton-tree, slipped, and in base a ship under sail at sea, all proper ; a rose, gules barbed and seeded between two bees volant of the third.
Crest. In front of a sun rising a cubit-arm erect, proper, vested above the elbow, argent, holding a double-headed hammer, also proper. 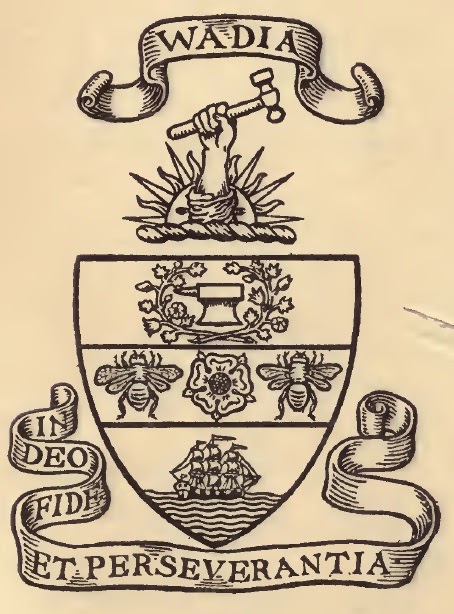 Source : The golden book of India, a genealogical and biographical dictionary of the ruling princes, chiefs, nobles, and other personages, titled or decorated, of the Indian empire, by Lethbridge, Roper, Published 1893.
Publié par BBM à 9:19 PM