This medal was founded in December, 1817, by the Prince Regent of England, and distributed amongst all the soldiers of his hereditary dominions in Germany (Guelphlands), who were present at that battle, or amongst the heirs of those who had fallen in it. The medal is of silver, and adorned with the effigy of the founder. The obverse and reverse are sketched in No. 9. 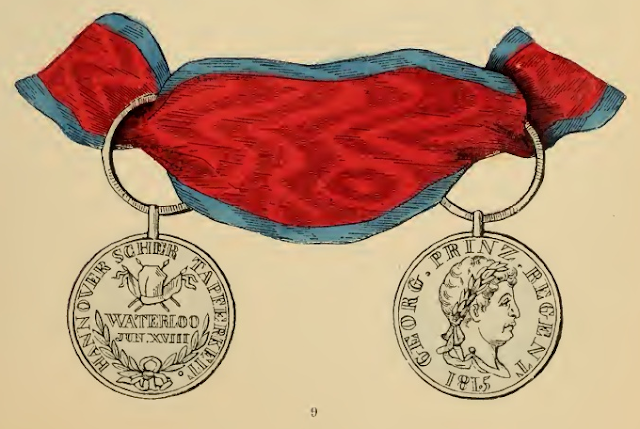 Upon the edge are engraved the Christian and family names of the owner, as also his rank, and the name of the regiment, battalion or corps to which he belonged. It is worn at the third button-hole on the left side, suspended by a dark red ribbon with bright blue borders. It passes to the family as a token of remembrance after the decease of the recipient.