This order was founded on the I7th June, 1847. It is divided into two classes, hereditary and personal nobility. The decoration is an hexagonal blue star. The white enamelled obverse contains in the middle, in golden characters, 'Pius IX' while in the circle round it are the words : 'Virtuti et Merito'. The reverse shows the inscription 'Anno MDCCCXLVII' (No. 18). 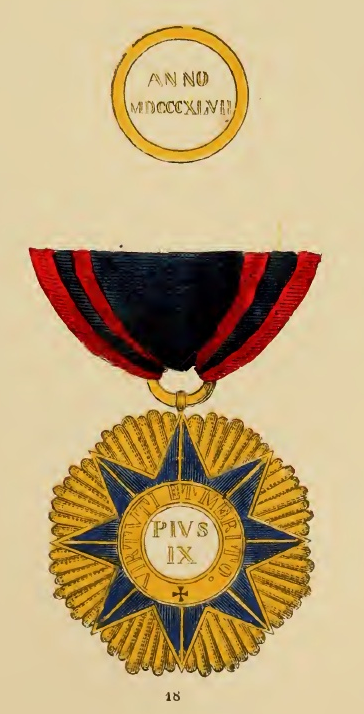 The Knights of the second class wear the Order upon the right side of the breast, suspended by a dark blue ribbon with red borders, while the Knights of the first class who formerly carried it by a ribbon round the neck, and, by special permission, accompanied by a star (No. 17) upon the left breast; are now, by a Bull issued at Gaeta on the I7th June, 1849, enjoined to wear the badge across the right shoulder towards the left hip, suspended by a broad ribbon, and accompanied by the star, which may, by permission, also be adorned with precious stones. The costume for both classes, is a blue coat with red facings, and gold embroidery. 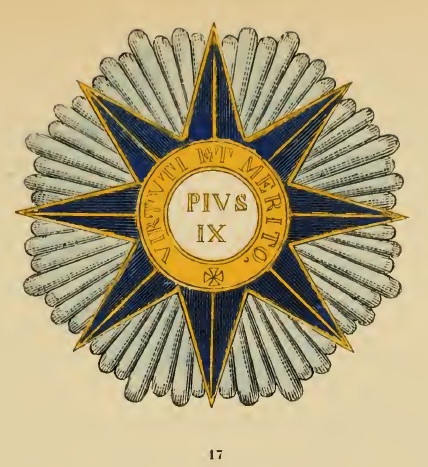 Source : the book of orders of knighthood and decorations of honour of all nations, sir Bernard BURKE, 1858
Publié par BBM à 11:11 PM