1. The Military Medal of Merit was founded by Pope Gregory XVI in 1832, of gold for subaltern officers, and of silver for sub-officers. The front shows the effigy of the Pope, and the reverse, the inscription 'Bene Merenti'. It is appended to a tiara and keys, and suspended by a white and yellow ribbon (No. 16). 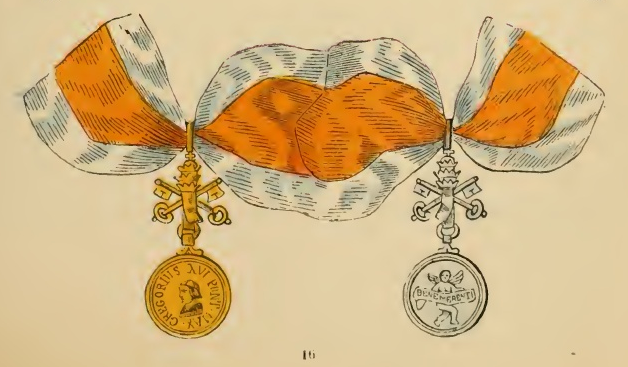 It is sometimes encompassed by a green enamelled laurel wreath. (No. 15). 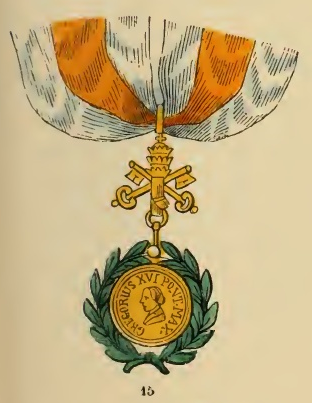 2. A somewhat large medal, founded by Pope Pius VII, and each time adorned with the effigy of the reigning Pope. It is rather profusely distributed in bronze amongst the soldiers, and in silver amongst the officers (No. 13). 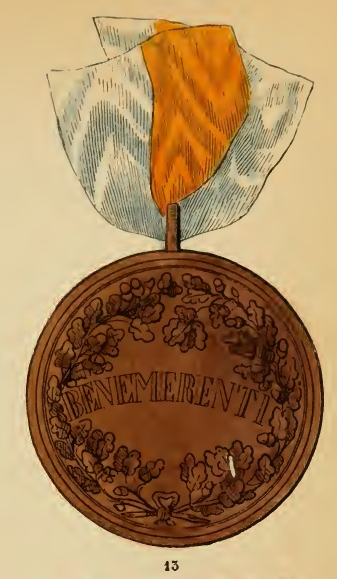 3. The same Pope founded also another medal (No. 11) in 1816, for the troops who had distinguished themselves in the Crusade against the robbers of the State. It is of gilt silver, white enamelled, and with the inscription 'Latronibus Fugatis Securitas Restituta' (Safety restored by the expulsion of robbers). It was also distributed in bronze amongst the subofficers and soldiers for lesser distinction and merit. 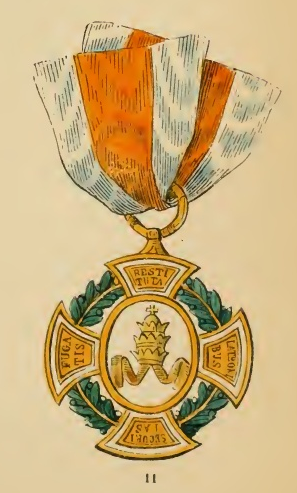 4. The Decoration of Honour 'Ordine del Moreto' presented each time to the President of the Academy of St. Luke, who may wear it even after his retirement (No. 14). 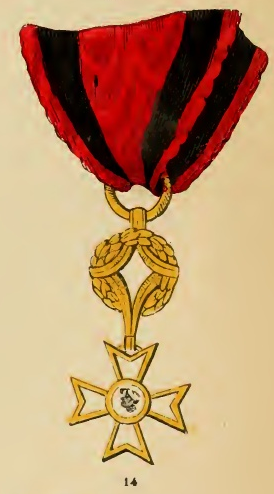 Source : the book of orders of knighthood and decorations of honour of all nations, sir Bernard BURKE, 1858
Publié par BBM à 10:17 AM