Also called, after its founder, "order of ST. ANGELICUS", AND SOMETIMES "ORDER OF ST. GEORGE".

This Order lays claim to the earliest antiquity. Tradition asserts that it was instituted under Constantino the Great, while sober history curtails 800 years from its pretended age, and assigns its origin to the year 1190, giving, as its founder, the Eastern Emperor, Isaac Angelas Comnenas, who lent to it the name of Constantine, (the Comnenas race professed to derive their descent from him), and also that of St. George, it's Patron Saint. 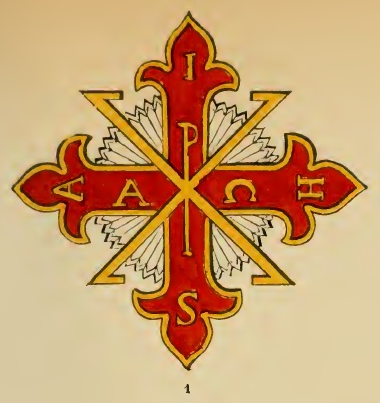 The rules were formed after those of St. Basilius, and the Order rapidly acquired so many members, that it was found necessary to establish in all parts of Christendom Vicar-Generals to manage its concerns and possessions which increased from day to day, by the legacies of 100 crowns, which every Knight was bound to bequeath to it.

The members were divided into secular and spiritual, and these again into officials and dignitaries (Grand Priors, Priors, etc.) and into Knights. The candidates were originally bound to prove their noble descent through four generations ; but after the repulse of the Comneni by the Turks, they began to traffic with the Order for pecuniary purposes, granting it to any one who was able to pay for it without regard to birth, rank, or station, until 1699, when the last scion of the race, who lived at Parma, and was childless, sold the dignity of Grand Master to Duke Francis I. of Parma, of the house of Farnese. 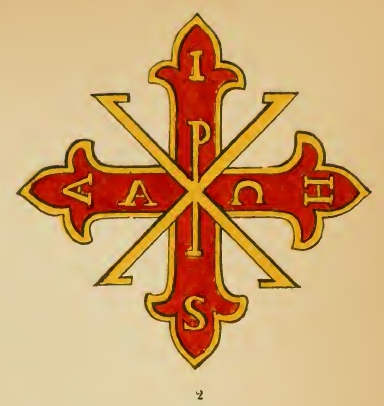 The purchased title was confirmed by Popes Innocent XV. and Clement XI., and the new Grand Master again brought the Order into respect by the scruples he observed in its distribution, as also by the large domains he conferred on it, among others, the richly endowed church of the Madonna della Steccata, at Parma.

After the extinction of the Farnese family, in 1731, the Infante Don Carlos, heir of the Duchy of Parma, declared himself Grand Master of the Constantine Order, and transferred, three years afterwards, its seat to his new residence, at Naples which he obtained by force of arms. Having taken with him the Archives, he introduced, renewed and established the Order in his new kingdom, despite the declamations of the Infante Don Philip, who had succeeded his brother upon the throne of Parma. The Order thus remained in full force until 1806, when Joseph Bonaparte abolished it, together with all the Orders of the kingdom.

The Order then followed the expelled King to Sicily, where it remained until after the Peace of Paris in 1814, when the Empress Marie Louise became heiress to the dominions of the Farnese. On the 13th February, 1816, she declared herself, solemnly and formally, its Grand Mistress, resting her claim on the circumstance, that her mother, Maria Theresa of Sicily, had descended from the Farnese family, in whose possession the Order had existed for upwards of one hundred years.

As no compromise or negotiations had taken place on the subject, both sovereigns, the Bourbon King of Naples, and the Archduchess of Parma, considered themselves its legitimate heads. In the article "Sicily", the reader will find the regulations now existing at Naples with regard to it.

As for Parma, the Order has been divided into : Senators of the Grand Cross, Commanders, Knights, Serving Brothers, and Squires or Shield-bearers.

The Costume of the first three classes consists : of a sky blue coat after the French fashion, with white collar, and gold enribroidery upon the breast and the edges, which have the double width in that of the first class. The members of the latter class wear, besides, gold epaulettes with large tassels, the Commanders, the same with smaller tassels, and the Knights with pearls. The hat is worn after the French fashion, cocked, and with golden cords : it is, moreover, adorned with white feathers for the first class, and with black feathers for the second and third classes. The boots, gold spurs, and weapons are the same for the three classes. The Serving Brothers wear the sky blue uniform without epaulettes, and with simple embroidery on the collar, and the hat adorned with black feathers. 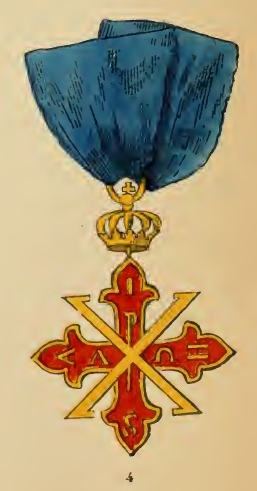 The insignia consist of a cross (No. 4), beneath which is appended, for the Grand Master and the first class, the figure of St. George (No. 3). In this form the Grand Master wears it on a collar (necklace) of fifteen links (No. 5), and the Grand Cross Senators, across the right shoulder towards the left hip, suspended by a ribbon. Both are accompanied by a star (No. 1) upon the left side of the coat, where also the Commanders wear the crosses (Nos. 2 and 4) suspended by a sky blue ribbon. The Knights wear the cross (No. 4) in a diminished form at the button-hole, and that (No. 2), also in a smaller size on the left side of the coat.

The Serving Brothers wear the badge in the same manner as do the Knights, except that the cross, which is worn by them as a star, has no upper point, nor does it contain, as in that of the other classes, the initials : "I. H. S. V." These letters signify : "In hoc signo vinces" (In this sign thou shalt conquer), while two Greek letters A (Alpha, the first), and CI (Omega, the last of the Greek alphabet) in the centre, together with a cross, resting upon the letter "P." are to represent : "God and Jesus Christ" (Father and son), the beginning and end of all things. 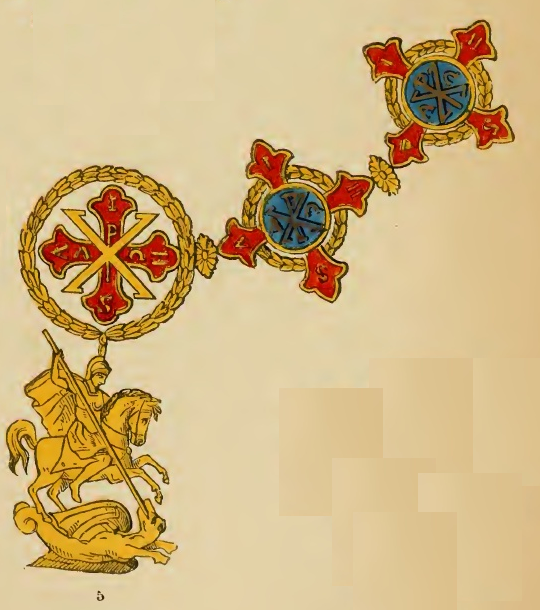 The Grand Prior, chief of the spiritual part of the Order, wears the costume of a bishop : a long blue mantle with red lining, and a blue and red coat. He officiates in the church of the Order, Santa Maria della Steccata, and possesses numerous privileges granted to him by the Popes, among others the right to issue dimissory letters to fourteen persons. The Chapter is usually held on the 11th December.