Arms. Argent, on a fesse azure between in chief a sword in bend surmounted by a matchlock in bend sinister, and in base on a mount a tiger couchant, all proper, an Eastern crown between two stars of six points of the first.
Crest. On a wreath of the colours, upon a trunk of a tree eradicated fessewise and sprouting to the dexter, a falcon surmounted by a rainbow, all proper.
Motto. Fide et Justitia. 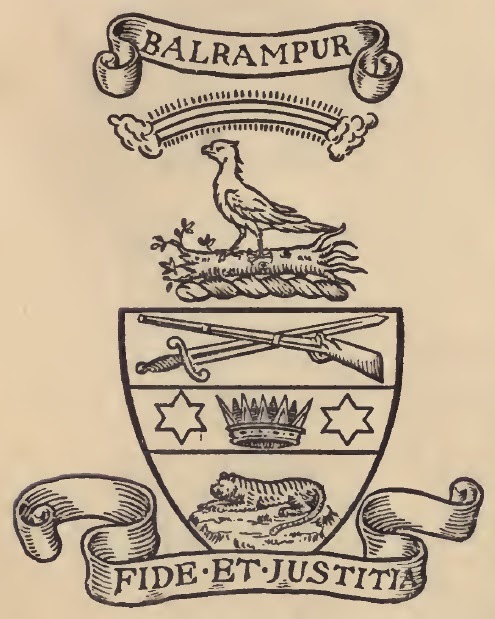 Source : The golden book of India, a genealogical and biographical dictionary of the ruling princes, chiefs, nobles, and other personages, titled or decorated, of the Indian empire, by Lethbridge, Roper, Published 1893.
Publié par BBM à 7:47 PM