The Military Medal, (Nos. 5 and 6), was founded by Prince George William on the 15th November, 1831, as a reward for the officers and soldiers who have partaken in the campaigns since 1808, and loyally served the Prince and the State. 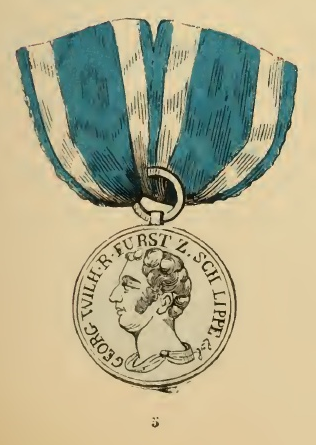 The medal is of silver with the effigy and the usual legend (the name of the founder) on the front, and the words : "Für Tapferkeit und Treue" (For valour and loyalty), surrounded by a laurel and an oak branch on the reverse. 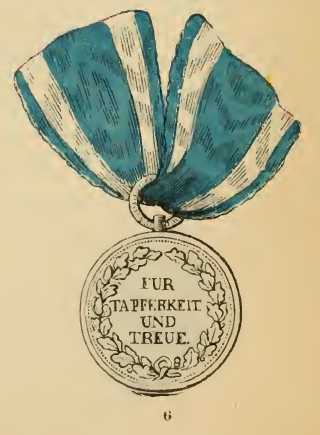 It is worn at the button-hole suspended by a blue ribbon with white borders. The medal remains in the family after the death of the owner.